The Lancet is holding a conference on mass gatherings and how to prevent the globalisation of infection. Appropriately, says Riazat Butt, the venue is Jeddah, gateway to the hajj 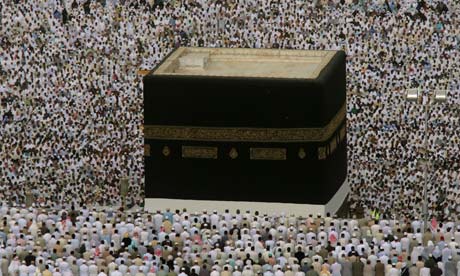 Later this month the Lancet is holding a conference on mass-gathering medicine and biosecurity, looking at best practice and lessons learned from Obama’s inauguration, the 2010 World Cup and the hajj.

The location – the Saudi city of Jeddah – could not be more appropriate. It is the gateway for the millions who arrive in the country every year to perform the religious pilgrimage. The hajj is one of the largest, most frequent and most diverse mass gathering. It is also a field day for disease, mainly “hajj flu” – a combination of cold symptoms, exhaustion, dehydration and malnourishment – as well as cholera, polio and meningitis.

While researching a story about the Foreign Office scrapping its medical delegation to the hajj, I came across a paper in the Lancet that raised a few of the many health issues thrown up by the Islamic pilgrimage. It said a study suggested the average pilgrim had a disproportionate number of pre-existing health problems and did not have “adequate health literacy” or advanced healthcare before the pilgrimage, and that the transmission of infectious disease during mass gatherings had a global effect when visitors returned home.

The possibility of natural disasters and civil disturbances complicates the surveillance and management of communicable diseases.

Biosecurity and mass gathering medicine concerns are not restricted to the hajj. Earlier this year the Hindu Kumbh Mela in Haridwar, India, attracted around 50 million pilgrims between January and April, with around 16 million people in attendance when the festival ended on 14 April.

With no sign that people are losing their appetites to travel long distances and endure crowded, sometimes dangerous, conditions for sporting, religious or cultural events, the organisers hope the Jeddah conference will be a starting point for more internationally co-ordinated research into mass-gathering medicine.