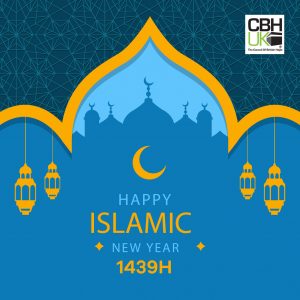 With the sighting of the new moon the Islamic new year is ushered in. The first month Muharram, is a month of great reward and virtue. Muharram itself means `sacred’ and is from those months which have been mentioned as sacred in the Holy Quraan. Almighty Allah states in the Holy Quraan:

Four of them ( Zil-Qadah, Zil-Hijjah, Muharram and Rajab) are sacred.” (Surah At-Tawbah:36)

From out of the four sacred months, Muharram has been blessed with certain specific virtues:- The Holy Prophet Muhammad (Sallallahu-Alayhi-Wasallam) said:

“The best of fasts besides the month of Ramadhan is the fasting of Allah’s month of Muharram.” (Muslim)

In another Hadeeth, Hazrat Ibn Abbas (Radhiyallahu-Anhu) reports: “that the Messenger of Allah (Sallallahu-Alayhi-Wasallam) said:

“The one that keeps a fast in the month of Muharram will receive the reward of thirty fasts for each fast (in this sacred month).” (Tabraani)

Although the fasts of the month of Muharram are not obligatory, the one who fasts in these days out of his own will and choice is entitled to a great reward by Almighty Allah. The Hadith citied above signifies that the fasts of the month of Muharram are the most rewardable among the Nafl fasts i.e. the fasts one observes out of his own choice without being obligatory on him.The Hadith does not mean that the reward promised for fasts of Muharram can only be attained by fasting for the whole month. On the contrary, each fast during this month has merit. Therefore, one should take advantage of this opportunity.

The Day of Aashora (10th Muharram)

Although the month of Muharram is a sacred month as a whole, the 10 th of Muharram is the most sacred among all its days. The day is named ‘Ashurah’. It is one of the most important and blessed days of Allah in the Islamic calendar. According to the Holy companion, Ibn Abbas Radhiallaho Anhu, when the Holy Prophet Sallallahu Alayhi Wassallam migrated to Madinah, he found that the Jews of Madinah used to fast on the 10 th day of Muharram. They said that it was the day on which the Holy Prophet Musa Alayhis Salaam and his followers crossed the Red Sea miraculously, and the Pharaoh was drowned in its water. On hearing this from the Jews, the Holy Prophet Sallallahu Alayhi Wassallam said, “We are more closely related to Musa than you.” So the Prophet Sallallahu Alayhi Wassallam directed the Muslims to fast on the day of Ashura. (Abu Dawood)

According to another Hadith, it is more advisable that the fast of Ashura should be either preceeded or suceded by an additional fast. It means that one should fast two days: the 9th and 10 th of Muharram or the 10 th and 11 th . The reason of this additional fast as mentioned by the Holy Prophet Sallallahu Alayhi Wassallam is that the Jews used to fast on the day of Ashura alone, and the Holy Prophet Sallallahu Alayhi Wassallam wanted to distinguish the Islmaic-way of fasting from that of the Jews. Therefore, he advised the Muslims to add another fast to the day of Ashura.Some Ulama (scholars) are of the opinion that before the fasts of Ramadhan were made compulsory, the fast of the day of Aashora was compulsory upon the Ummah.This is stated in a Hadeeth reported by Hazrat Aisha (Radhiyallahu-Anha):

“that the Holy Prophet Sallallahu-Alayhi-Wasallam) ordered the observance of the fast of Aashora. However, when the fast of Ramadhan became compulsory, then whosoever wished, kept this fast and whosoever desired did not observe this fast.” (Bukhari)

But, nevertheless the Prophet (Sallallahu-Alayhi-Wasallam) continued to fast this day and encouraged his Companions to do the same.

Recommended deeds on the day of Aashora

The Prophet (Sallallahu-Alayhi-Wasallam) has exhorted and encouraged his Ummah to fast on this day. He said:

“This fast is a compensation for the (minor) sins of the past year.” (Muslim)

One should also observe the fast of the 9th Muharram to safeguard his deed from resemblance with the Non-Muslims who fast only on the 10th Muharram. Hazrat Ibn Abbas (Radhiyallahu-Anhu) said:

“When Rasulullah (Sallallahu-Alayhi-Wasallam) observed the fast of the day of Aashora and ordered (his Companions) to fast, they said: `O Rasulullah! It is a day revered (glorified) by the Jews and Christians.’ Thereupon Rasulullah said: “The coming year, if Allah wills (I remain alive), I will for surely fast on the ninth (also).” (Muslim)

“Observe the fast of Aashora and oppose the Jews. Fast a day before it or a day after.” (Baihaqi)

Hence, it is important to either fast on the ninth and the tenth or the tenth and the eleventh of Muharram. To fast only on the day of Aashora is Makrooh as stated by Allamah Ibn Aabideen Shaami.One should be generous on one’s family and dependants and spend more on them than what is normally spent. Rasulullah (Sallallahu-Alayhi-Wasallam) said:

“One who generously spends on his family on the day of Aashora, Allah will increase (his provision) for the whole year.” (Baihaqi)

These are the only actions supported by Ahadeeth.Let us observe this great day according to the ways of Rasulullah (Sallallahu-Alayhi-Wasallam) and the Sahabah (Radhiyallahu-Anhum), and refrain from all innovations which deprive us of the blessings from Almighty Allah.May Allah guide us all upon the Straight Path and save us from every act which brings His displeasure. Ameen

The significance of the Day of Aashora is from the time of our Holy Prophet Muhammad (Sallallahu-Alayhi-Wasallam). Thus, to attribute the significance of Aashora to the martyrdom of Hazrat Husayn (Radhiyallahu-Anhu) is baseless. Therefore, the host of baseless customs with regard to his martyrdom must be discarded.The martyrdom of Hazrat Husayn (Radhiyallahu-Anhu) was indeed a great tragedy but Islam is not a religion of perpetual mourning. Having love for Hazrat Husayn (Radhiyallahu-Anhu) does not necessarily mean that his blessed name should be lamented upon especially when he gained the status of a Shaheed (Martyr), but instead one should convey Thawaab (reward) to him and donate on his behalf for the pleasure of Allah (on Allah’s name). Lamenting, mourning, displaying grief and beating heads is forbidden in Islam. To carry out these acts especially on this Day of Aashora is a Bid’ah (an bad innovation in Islam).

To take part in them or to look at them with respect is not permissible. Dirges (songs of mourning) should be abstained from as they have been clearly prohibited in the Ahadeeth.Some people think that it is not good to marry in the month of Muharram. This is also a baseless conception.