The trustees and volunteers at CBHUK would like to take this opportunity to wish our Saudi partners a Happy 87th Saudi National Day which is being celebrated on Saturday 23rd September.

We were honored to be invited to join in the 87th Saudi National Day celebrations at the Royal Embassy of Saudi Arabia on Thursday.

HH Prince Muhammad bin Nawaf bin Abdul Aziz Al Saud, Saudi Ambassador to the UK,  hosting the event delivered a great speech in which he looked back at his Grandfathers legacy in founding the Kingdom in 1932.  At that time, the Holy Mosque could accomodate 48,000 worshippers and the Prophet’s Mosque 17,000.  Today the capacity of the Grand Mosque in Makkah is over four million and the Prophet’s Mosque in Madinah 600,000.  He went on to speak about the Saudi 2030 vision “Building for the future”.

Our CEO, Mr Rashid Mogradia took the opportunity to speak with Prince Muhammad about the work of CBHUK and to thank him for his support to British Hajjis and that of his government for hosting a successful Hajj season.

A grand buffet was served including the traditional Saudi cooked Mandee (Roast Lamb).

See the highlights from the event in the gallery below: 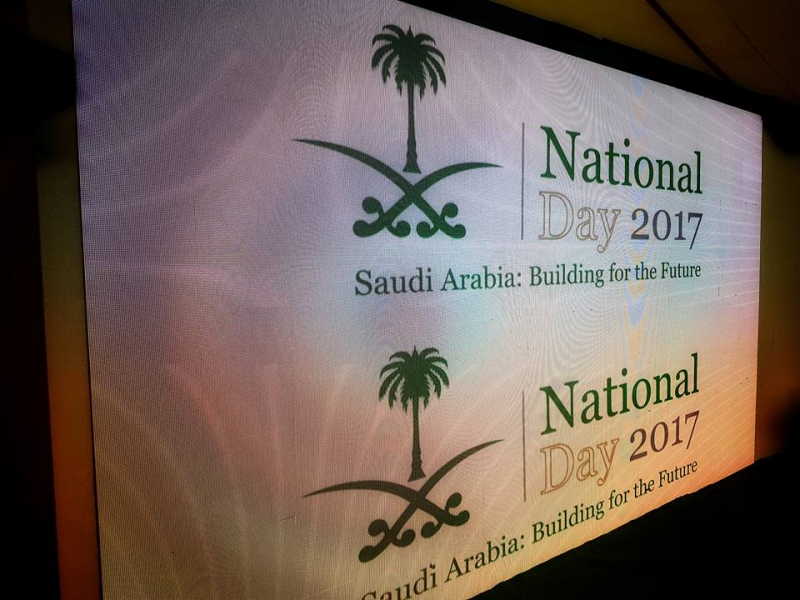 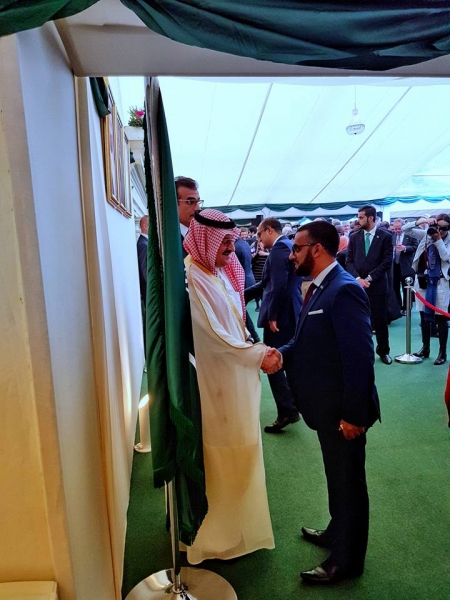 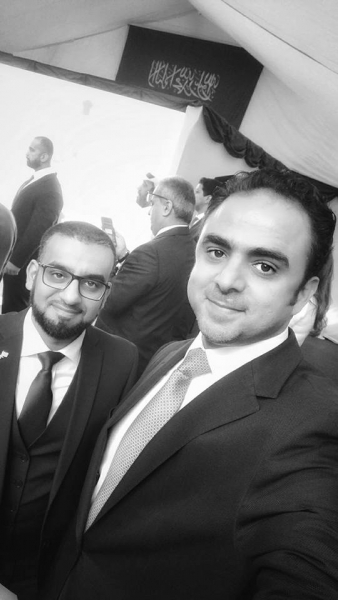 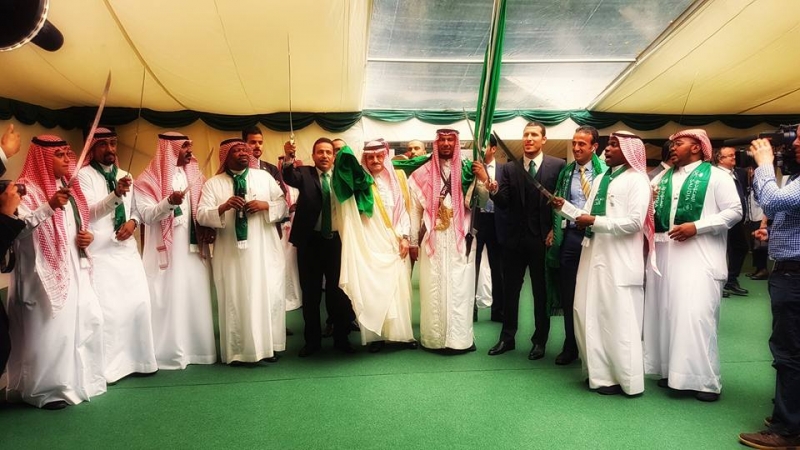 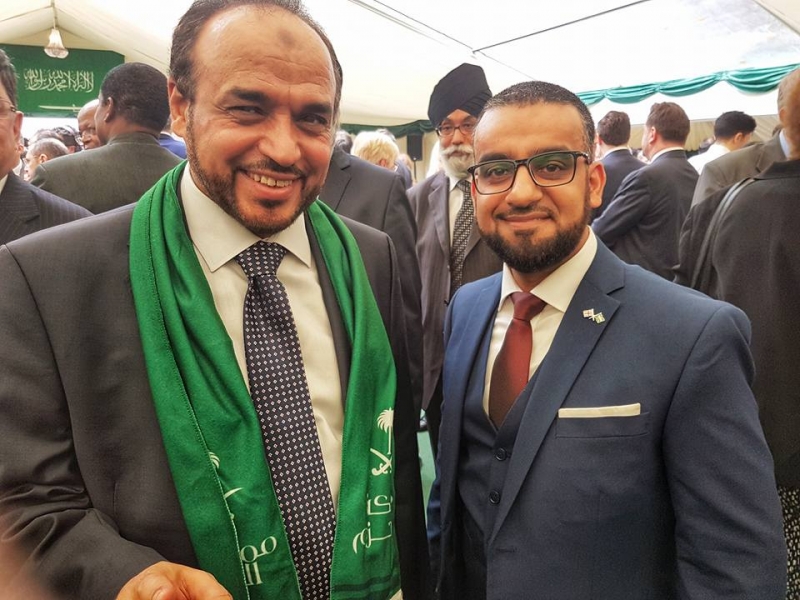 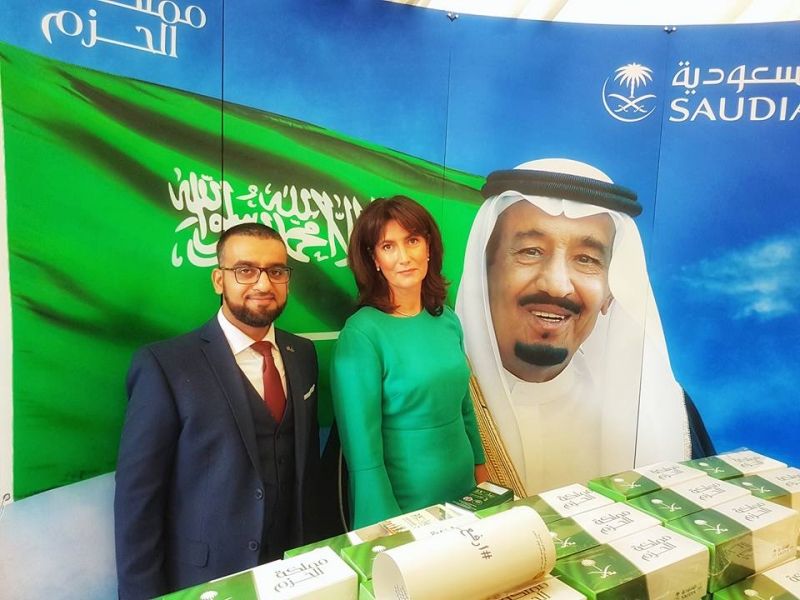 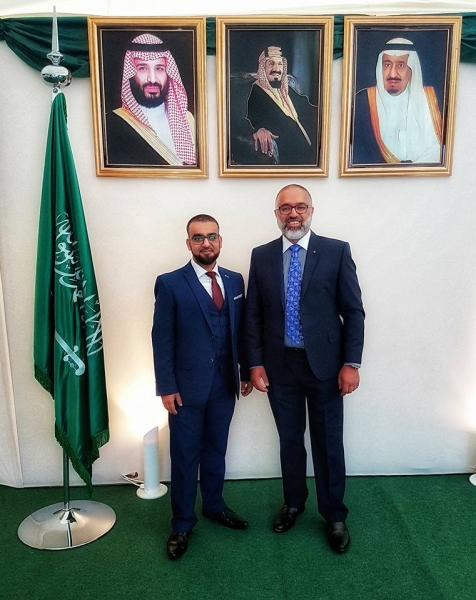 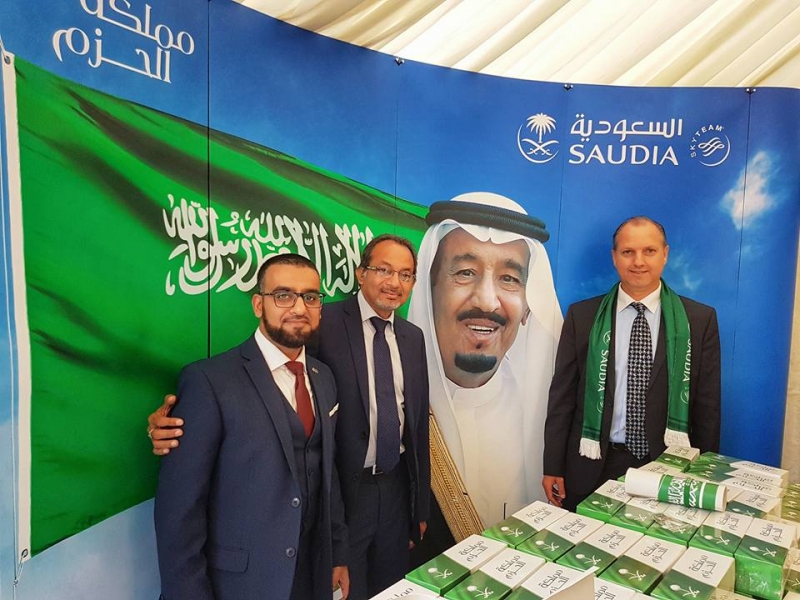 Volunteers help pilgrims get jabbed up