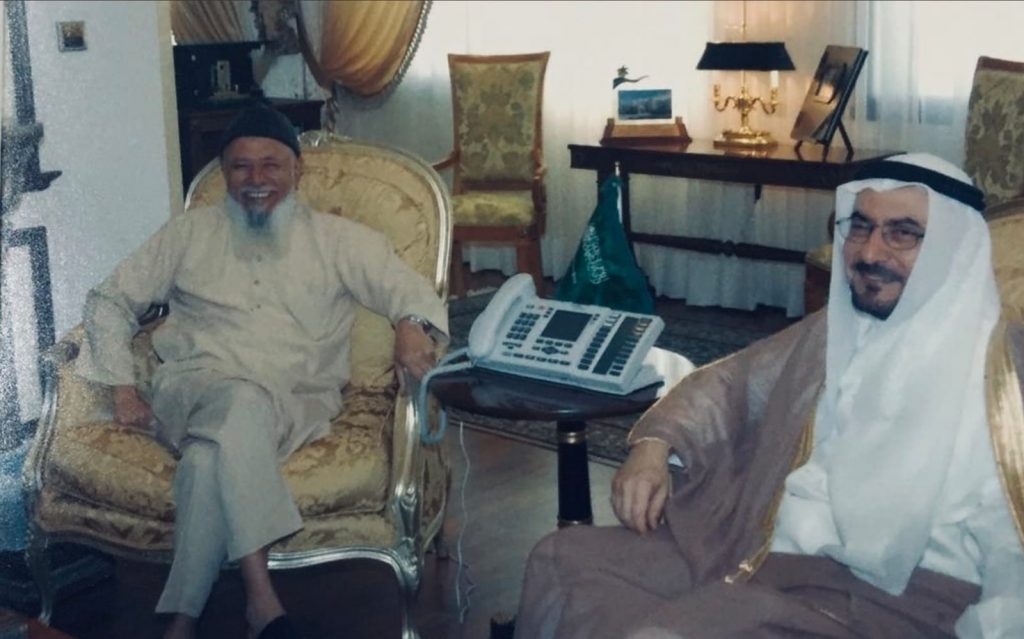 In Memory of Lord Patel

I am saddened to hear of the passing away of Lord Patel, May Allah SWT bless his soul in this blissful month.

As a minister of Hajj in Saudi Arabia, l had the opportunity to work with Lord Patel who used to head the British Hajj Delegation for many years. He was always well informed, dedicated to the wellbeing of his hajjis, aware of the magnitude of organizing the mass movement of hajjis and ready to share in finding solutions to logistical needs.

Beyond Hajj, the story of Lord Patel rise from an accountant to the House of Lords, was a story of discipline, handwork and clear vision that resulted in his admirable accomplishments and success. A distinguished British citizen he was, but never shy to stress diversity, he kept to his traditional dress even in the House of Lords. He will be missed.

This letter was first emailed by Mr Iyad Ameen Madani to CBHUK on Thursday 30th May 2019 and published on our website on the same day. 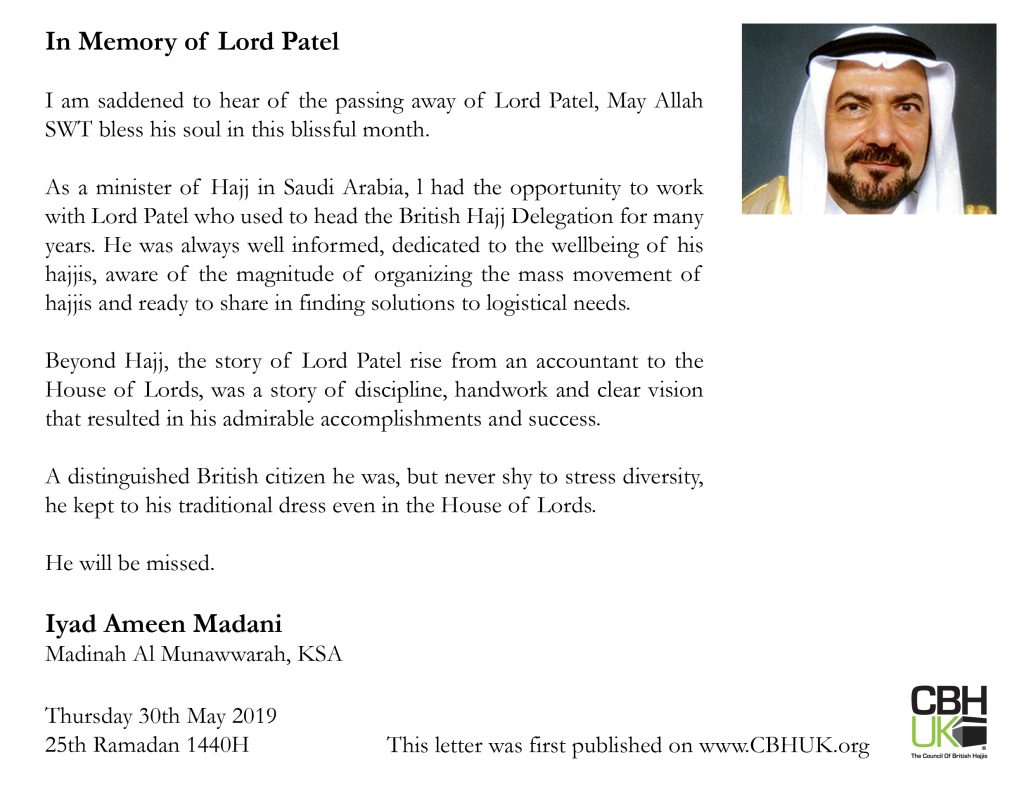