On Saturday 9th April, the Saudi Ministry of Hajj & Umrah announced that it will host 1 million pilgrims for this years Hajj via its twitter page.

The decision seeks to allow the largest number of pilgrims to take part in the Hajj, while preserving the health gains achieved by the Kingdom in the face of the Covid-19 pandemic, the ministry said.  The increase will be according to the quotas allocated to countries, taking into account health recommendations.

“The Muslim Ummah has been eagerly awaiting the announcement for Hajj 2022 by the Saudi Ministry of Hajj.   This news will no doubt bring joy to Muslims all around the world who have sadly not been able to perform Hajj for the past 2 years due to the COVID-19 pandemic.

We commend the efforts of the Kingdom of Saudi Arabia for measures being taken to ensure the safety and security of pilgrims that it will be hosting.

“Demand for Hajj is expected to be high this year owing to a reduced Hajj quota and a backlog from the past 2 years due to COVID.   We strongly urge British Pilgrims planning to undertake Hajj to follow the guidance issued by the Kingdom and to ONLY book with Ministry of Hajj Approved – Licensed Hajj Organisers who hold a valid ATOL (Air Travel Organisers License) and to follow the FCDO Travel Advice”.

Before the pandemic, the number of pilgrims often exceeded 2 million.

Further guidance will be issued to British pilgrims in the coming days.

We’re honored to welcome one million pilgrims in Hajj 2022 pic.twitter.com/YblHozXar2 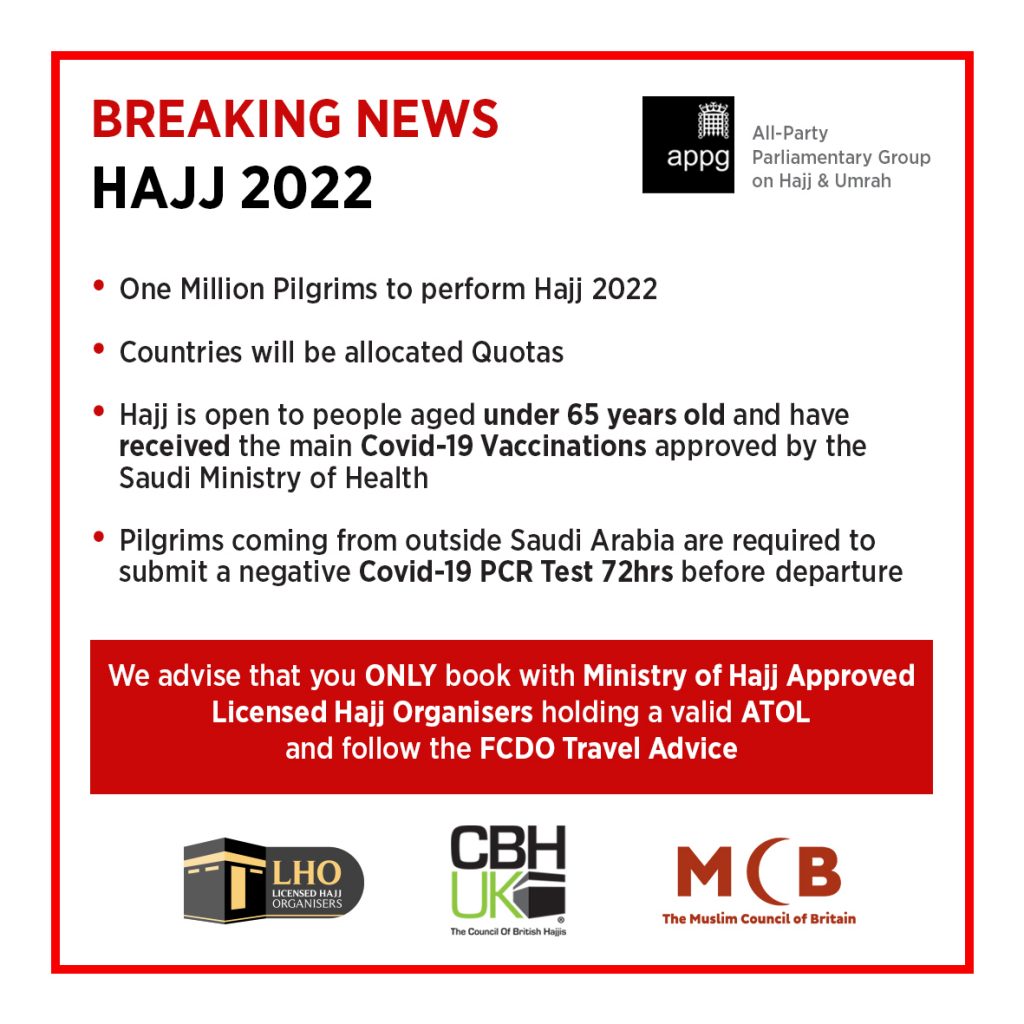 540 doctors, para-medics to be deputed in Saudi Arabia (Pakistan)