Our founding patron Hon. Lord Adam Patel passed away peacefully in his hometown of Blackburn.

“To Allah (God) we belong and to him we shall return”.

Funeral of the Late Lord Adam Patel will take place on Thursday 30th May 2019 at 3:30pm at the Pleasington Cemetery, Tower Rd, Blackburn BB2 5LE.

Obituary by our CEO, Rashid Mogradia

Saddened by the passing away of my dear friend and mentor Lord Adam Patel of Blackburn earlier today during the blessed month of Ramadan 1440H.

A formidable businessman and a community champion who was humble, loving and caring and above all a selfless individual who put others first.

Many in his inner circle referred to him as LP, for me he was Adam Mama (Uncle in Gujrati) and he liked that, it was more fitting of my relationship with him of not just a politician but that of a family member.

I first saw him action when he rallied for Labour in my hometown of Bolton at the 2001 General Election. It wasn’t until 2005 I actually met him in person during my first Hajj in Mina when I visited him in the British Hajj Delegation camp. I was fascinated with the support our Government was providing and impressed how someone like Adam Mama (an elder from our British Muslim Indian Gujrati Community) was leading a delegation of volunteer doctors and consular officials.

In late 2006 I met him again at an MCB Health at Hajj event in London and we struck up a conversation of relaying the technical health advice into the public domain. Within a few weeks Council of British Hajjis was born and we delivered our first Health at Hajj educational event with his support and that of our local Imam Rashid Ali , Dr Mo Jiva, local councillors and the then local MP Dr Brian Iddon.

For over a decade he was always there for me to offer guidance and steer and was passionate in serving British pilgrims. Every time I visited him in London either in Parliament or at his home he would make sure I had eaten or at least had a cup of desi chai before I left, such was his and his family’s hospitality.

I remember a time in 2009 just after the launch of the British Hajj Delegation he took us to the House of Lords (around the time Alan Sugar from the BBC Show Apprentice was was made a Peer). I inquisitively asked him if he ever saw Sugar to which he replied: “He’s just another Lord like us and we just get on with our work” and that was it. He then took us to the terraces of the House of Lords for Lunch and lone behold who do we see… Alan Sugar. I was star struck to the point we started taking pictures with Sugar whilst Adam Mama sat down in a quiet spot unmoved by the chaos I just created and went about eating his lunch.

Sadly he fell ill in 2016 and I remember vividly visiting him in hospital, unable to converse he greeted me with his signature smile as he had done on many occasions before. He was truly a gentleman who made you feel as though you were his best friend.

Today is a loss not only for his family and friends (May Allah grant them patience during this difficult time) but for the wider community who he helped. He leaves behind a lovely family and a legacy of projects (not least with CBHUK) which will continue to act as a continuous reward (Sadqa Jaaria) for him, God willing.

I pray Allah Almighty blesses his soul, elevates his status and grants him Jannatul Firdaus, Ameen.

Rest in Peace dear friend, forever in my duas. 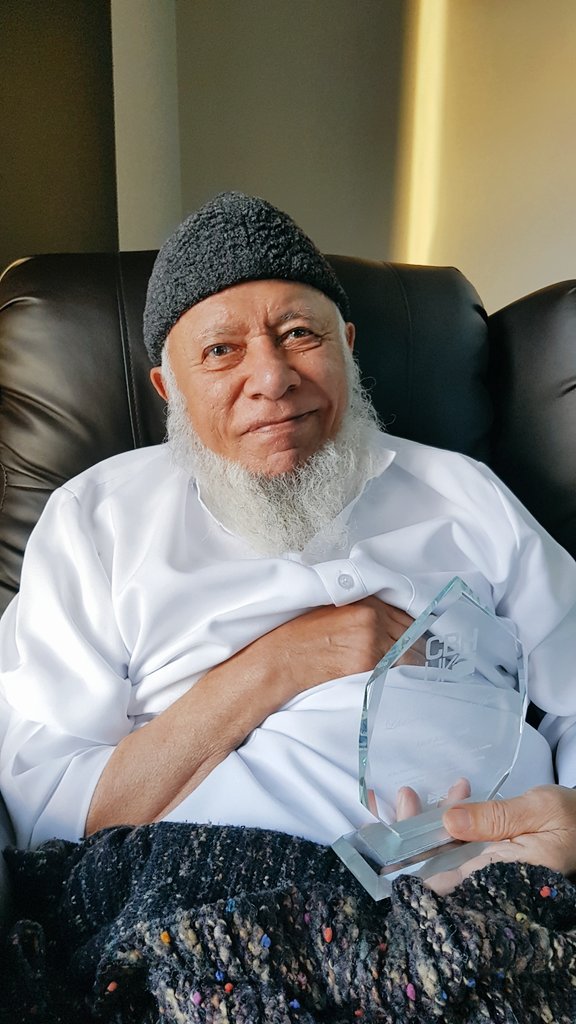 Lord Adam Patel soon after he fell ill in 2016. He was awarded the CBHUK Lifetime Achievement Award at the Annual Hajj Debrief 2016 in Parliament that year and was presented the award at his home in Blackburn. 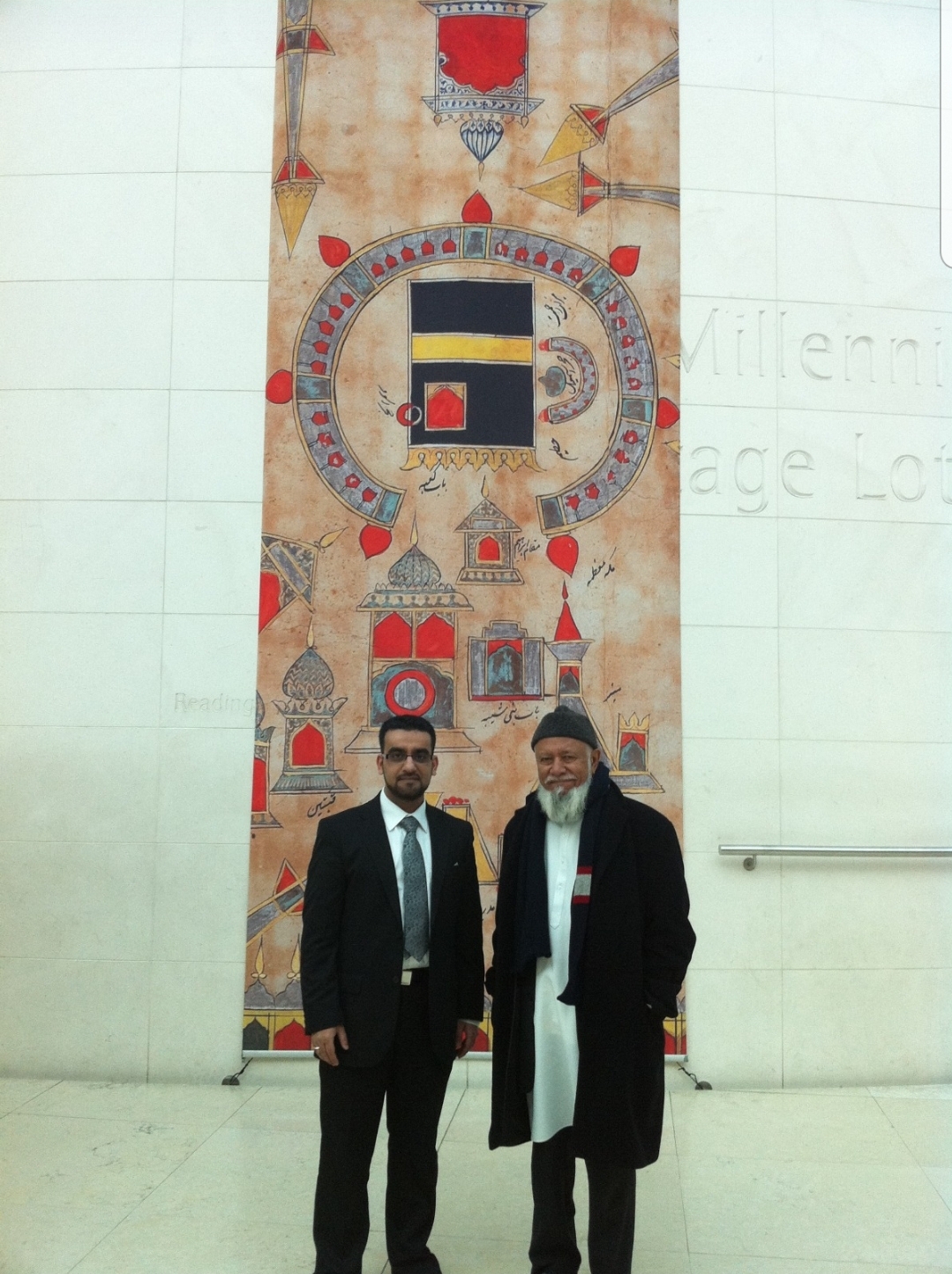 Lord Adam Patel pictured with the CEO of CBHUK Mr Rashid Mogradia at the British Museums’ Hajj Exhibition in 2012. 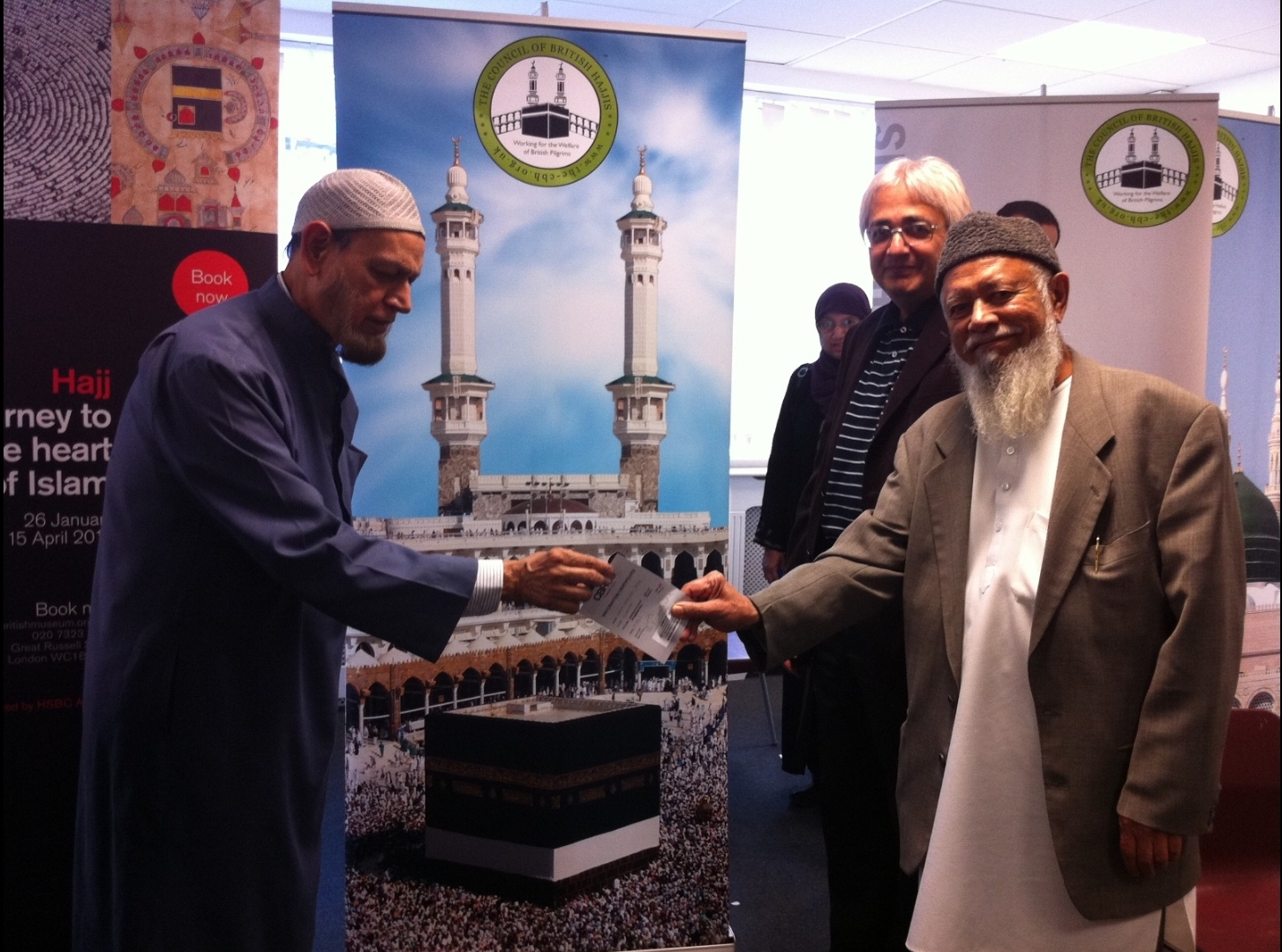 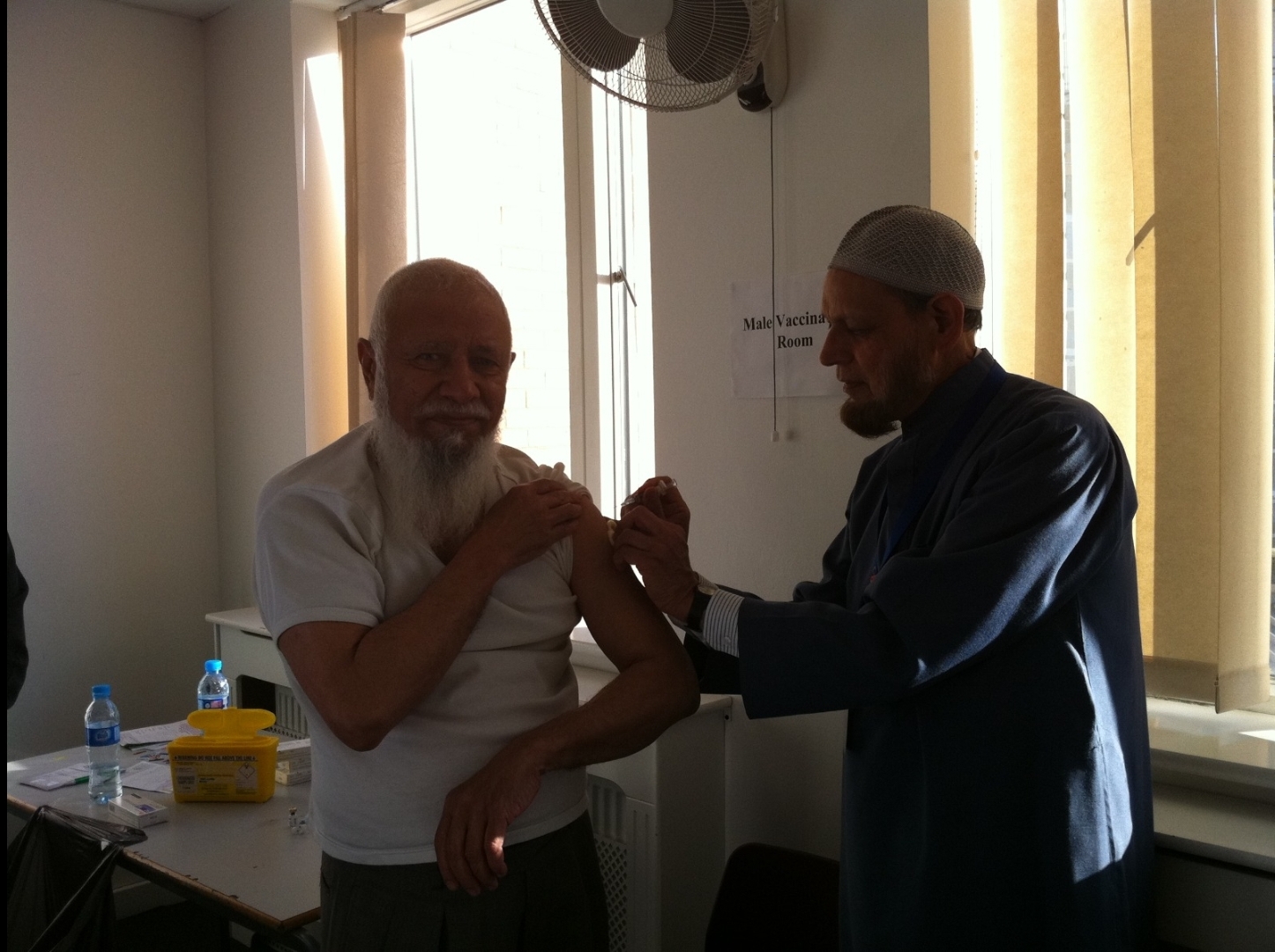 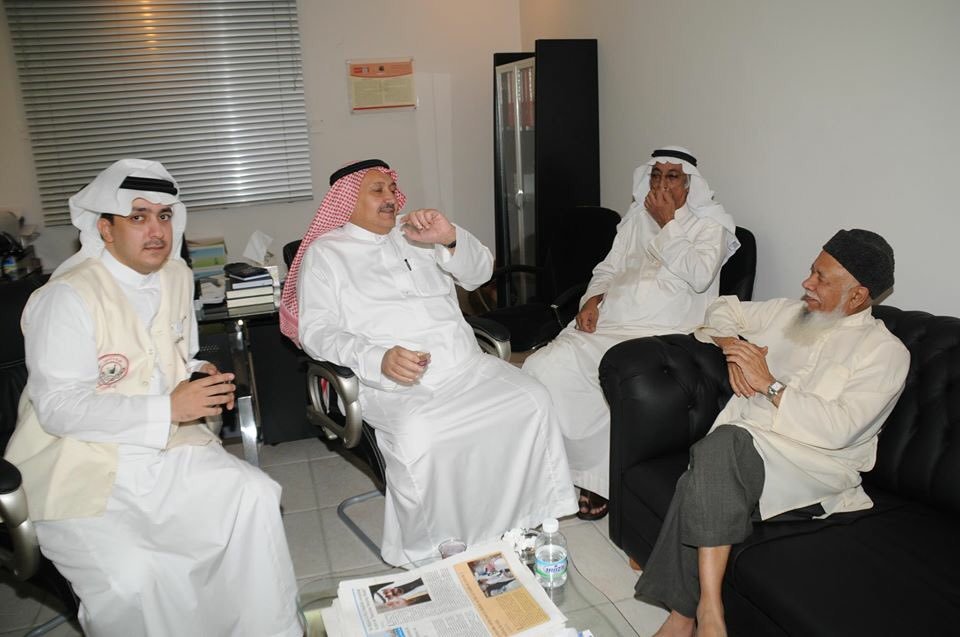 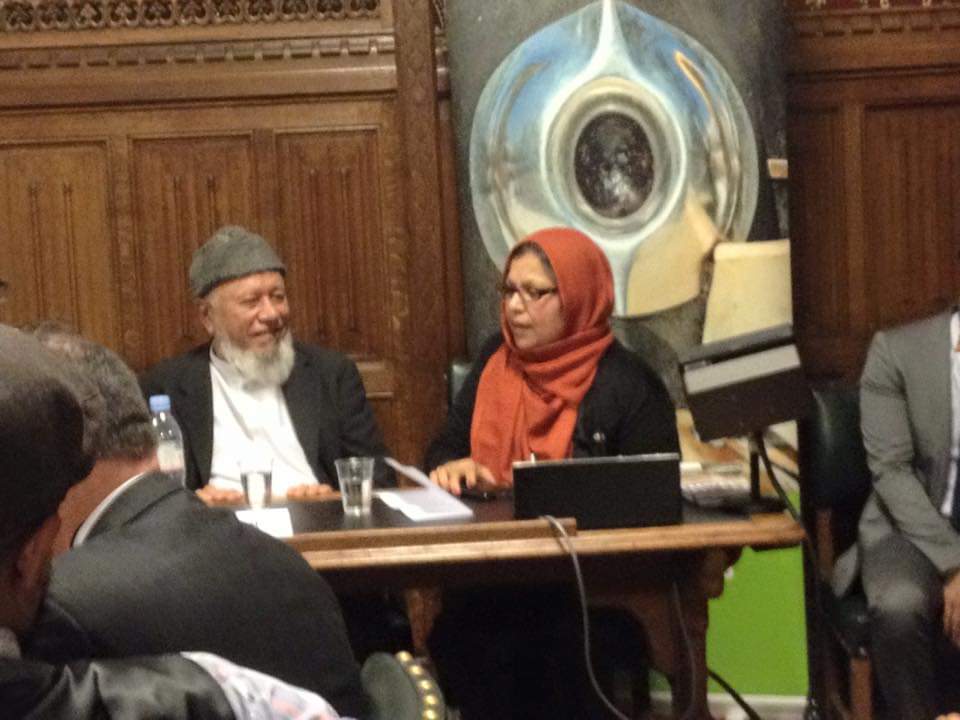 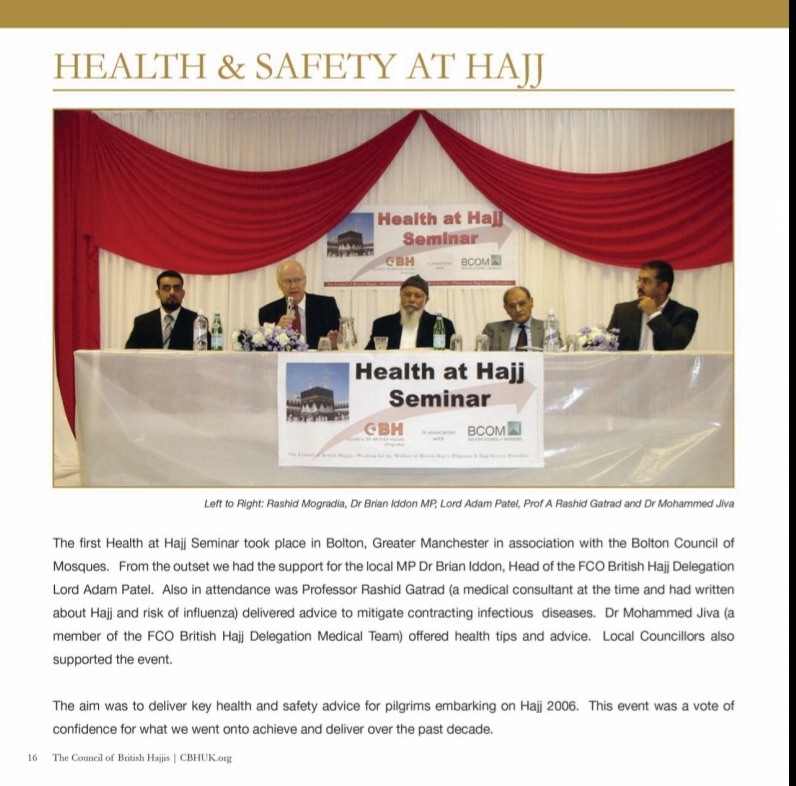 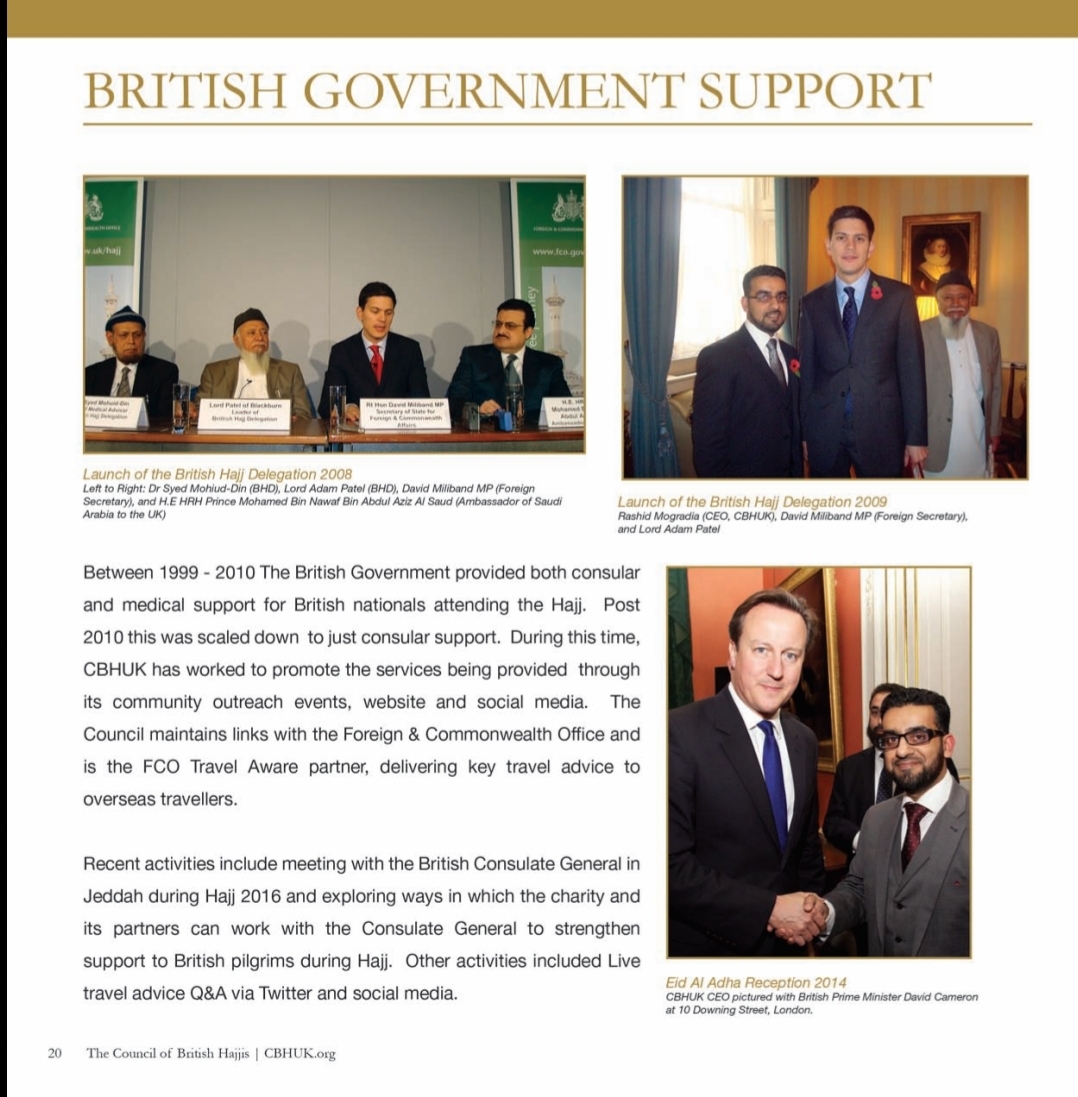 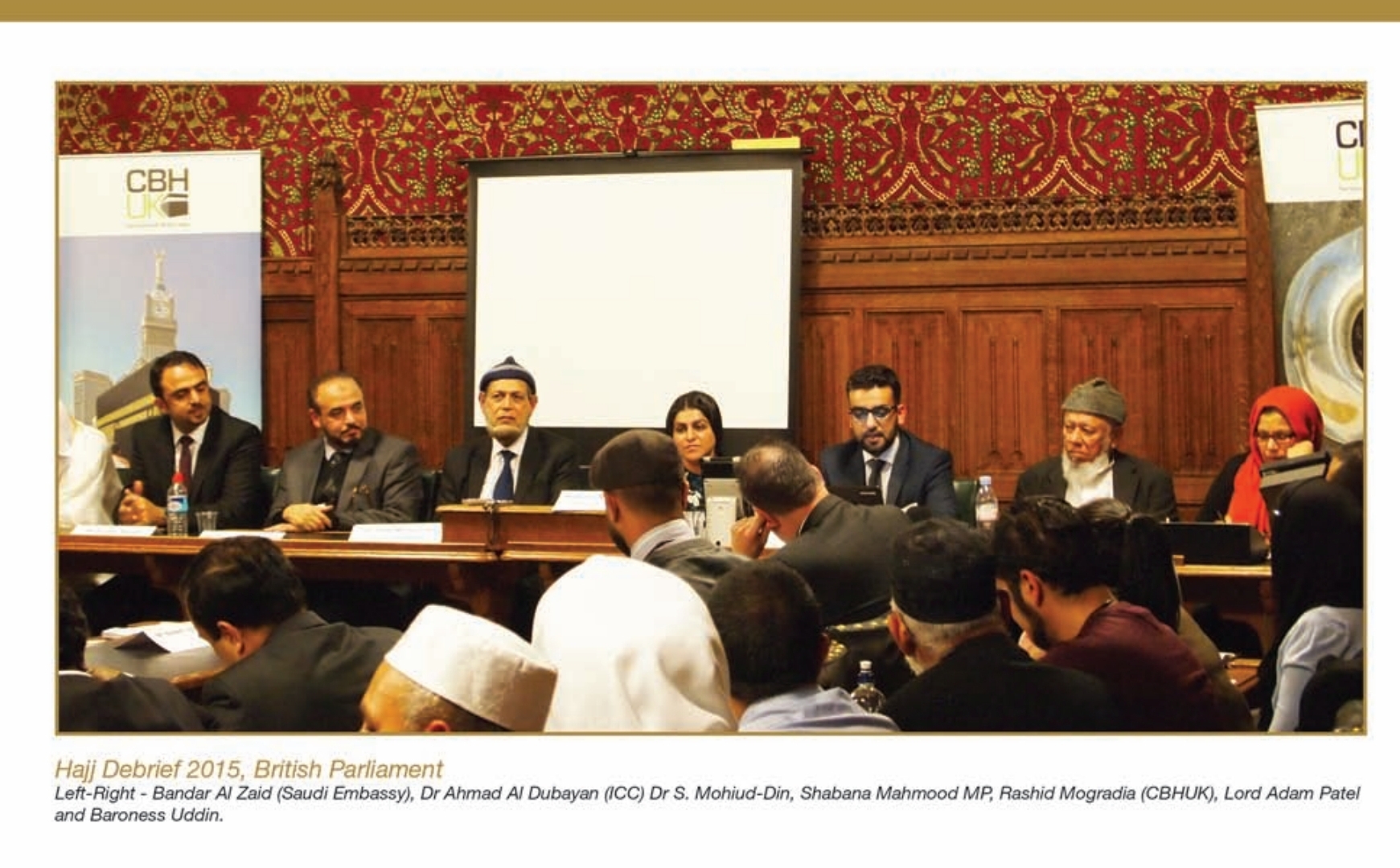 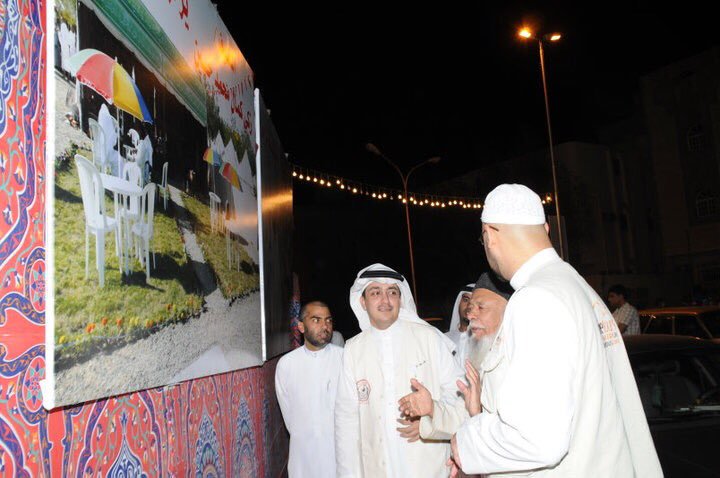 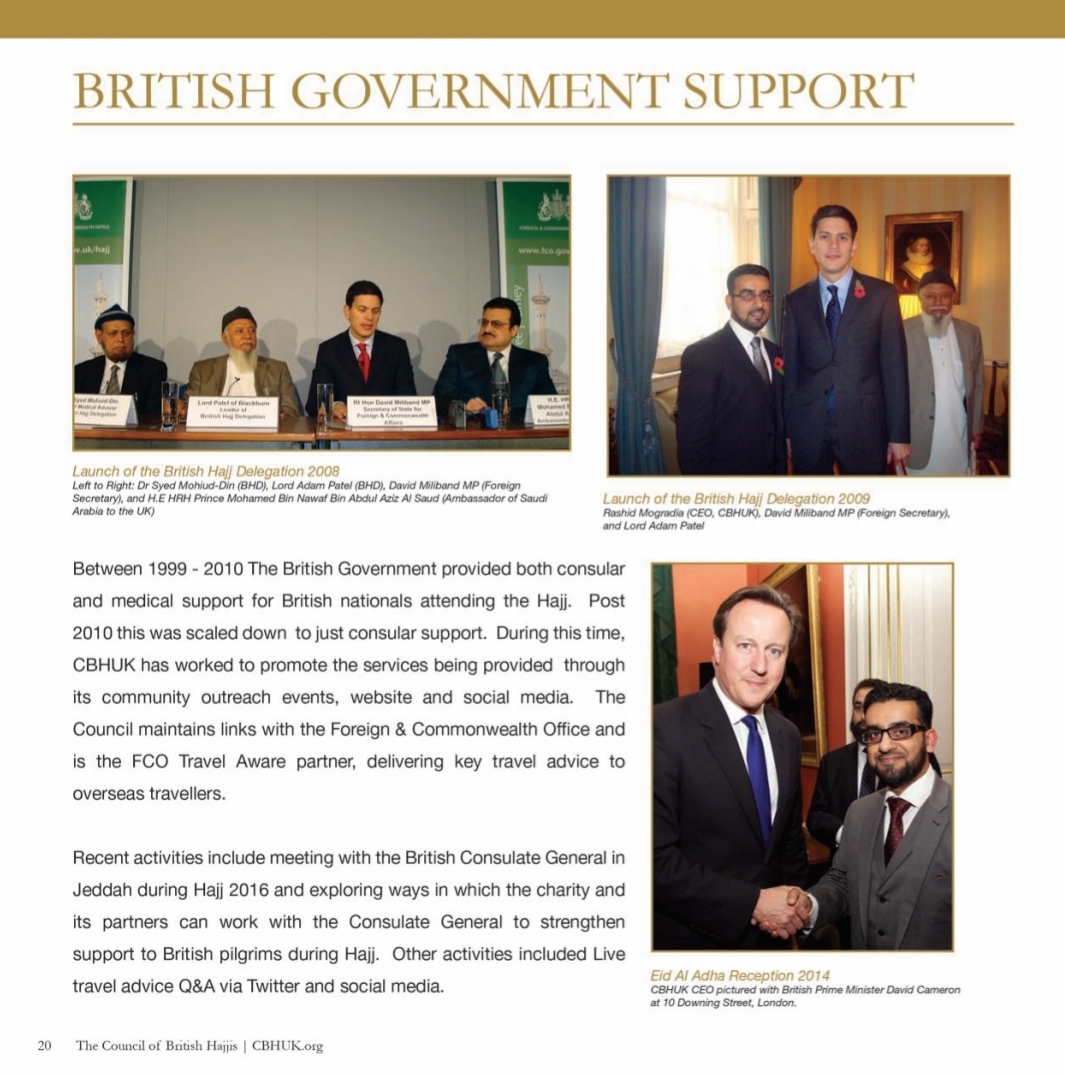 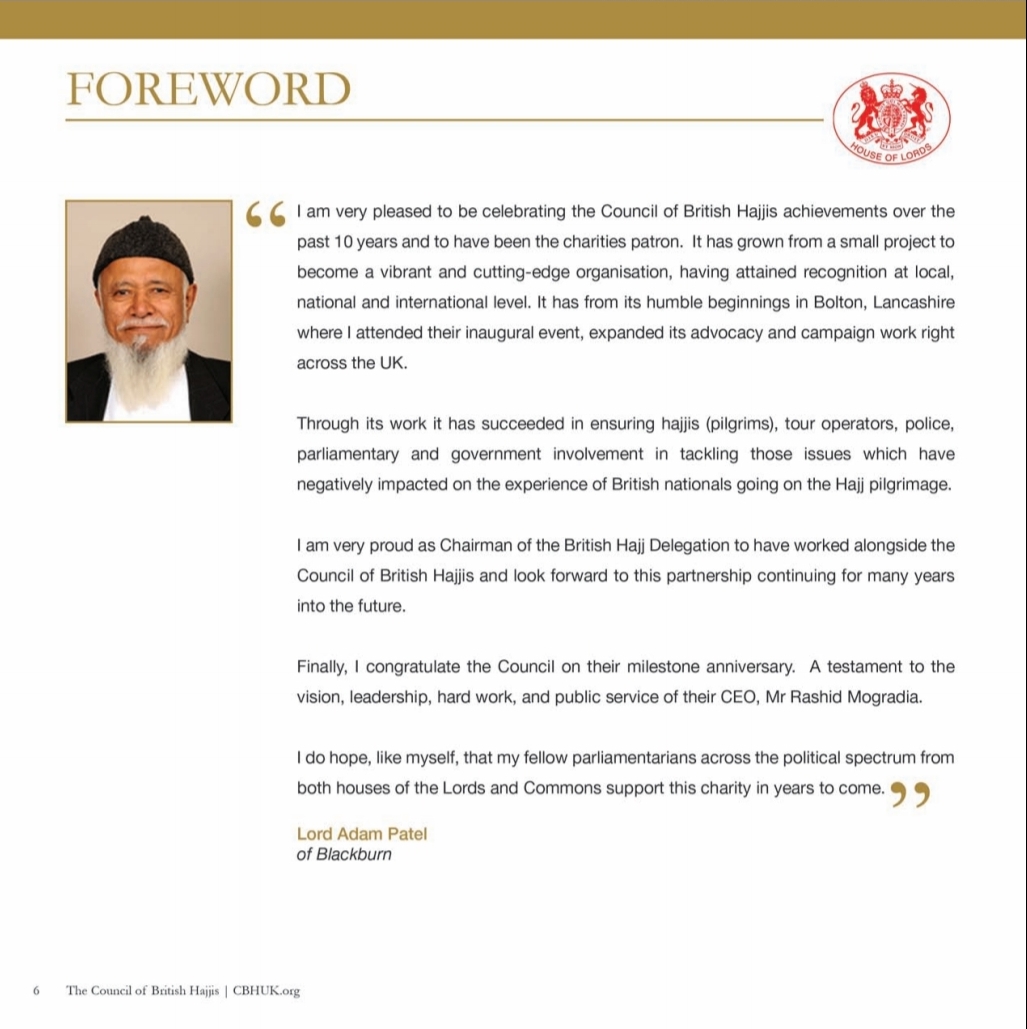 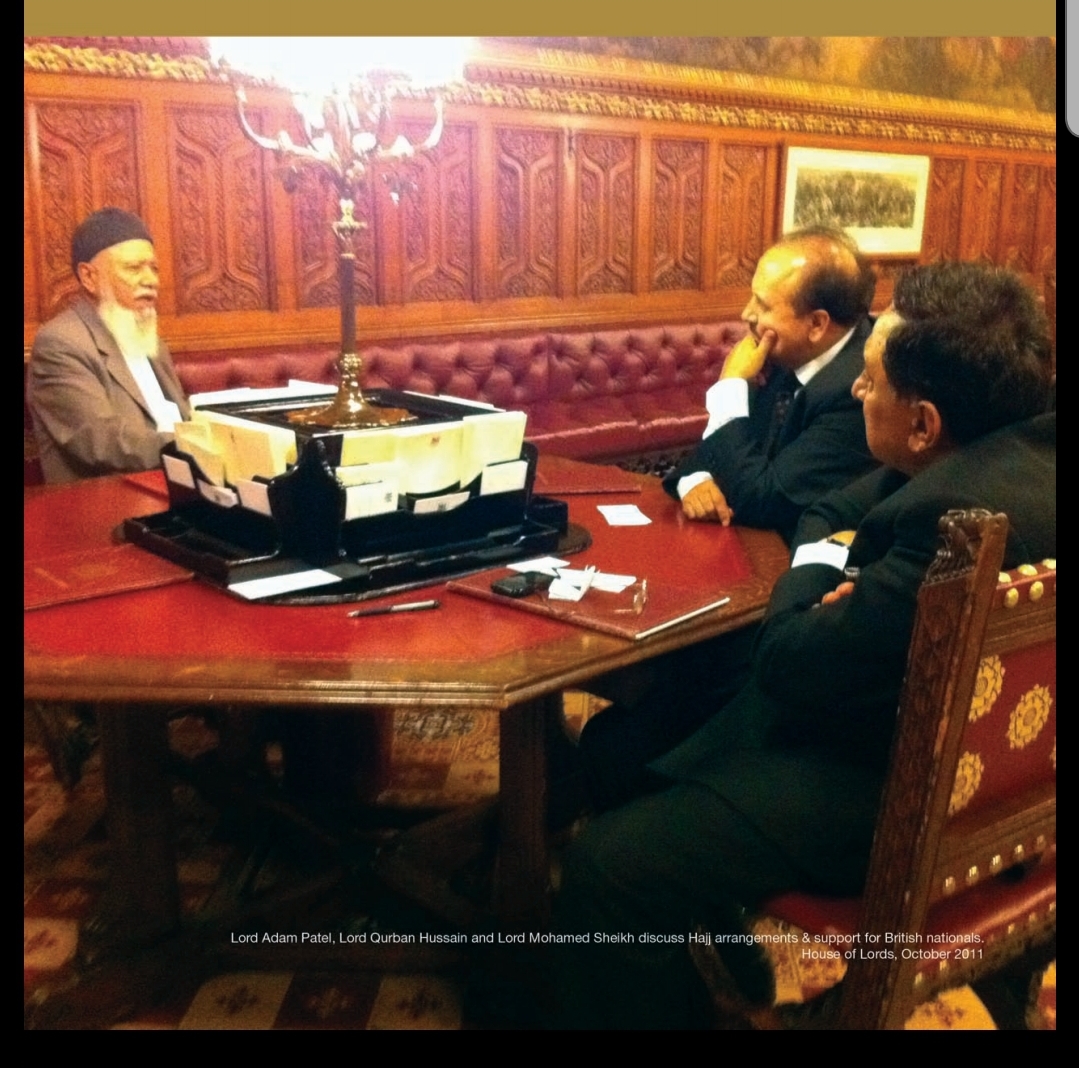 Beggars can be choosers … when Umrah visas are being sold